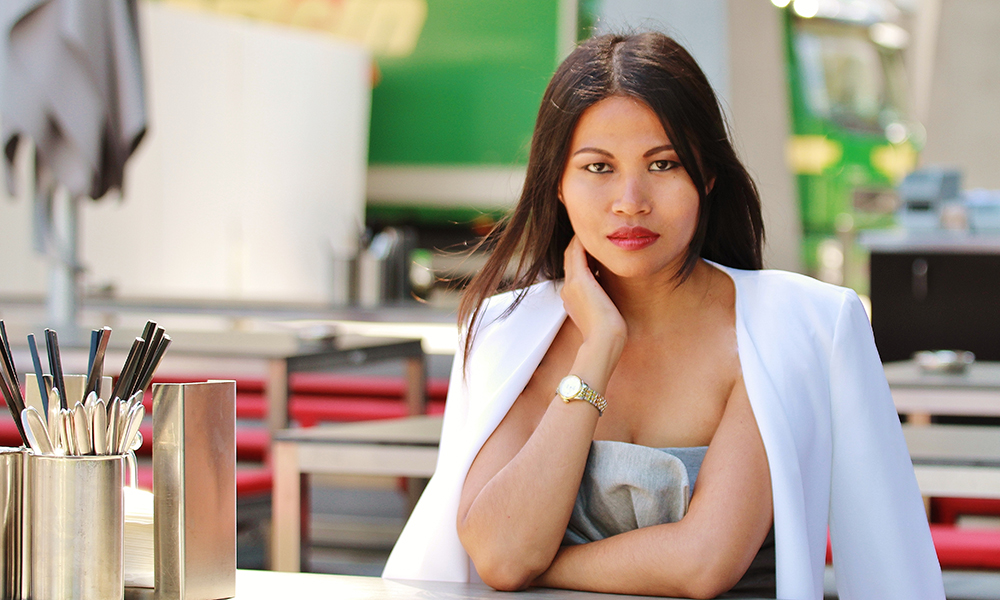 Ika Hardy – Between Indonesia and Switzerland

Ika Hardy (39, Instagram @ika.hardy) was born and raised in Medan, Indonesia. She grew up as a person, who loves, respects and appreciates her family. She loves to challenge her creativities, whether in the form of drawing, writing and words composing, designing or playing with her make up. Movies are her tool to learn about other countries as well as their cultures.

How did you come to work as an influencer?
Ika Hardy: My journey with social media started with blogging in Bahasa Indonesia in 2007; it was simply a journal and I have met a few Indonesian friends through blogging. In 2015, I’ve joined Instagram and continued my writing through Instagram posts, I also made another blog in English for my passion in fashion, beauty as well as writing. After years in various social media platforms, it still amazed me how my friends that I have known since 2007 are still keeping in touch with me until now.

What professional background or studies have you gone through?
Ika Hardy: I have spent my college years at one of the language institutes in Medan, Indonesia, my major was English. German language became my good companion since late 2006. I’ve started to study German in Zurich from beginner level to C1 level. Later on after getting my Goethe certificate, I’ve decided to attend business school majoring in Bürofachdiplom (Office Administration Diploma) and continued to attend Handelsdiplom (Commercial Diploma). Challenging myself to attend business school in German was very important to me. Three months after graduation, I have received a phone call for a job interview at one of Swiss reinsurance companies in Zurich, which I’m still working at currently.

What job did your parents have in mind for you?
Ika Hardy: My parents have always given me and my siblings freedom to do or be whoever we would like to be. They have supported us to be confident, especially to study or work somewhere far from home, including living abroad. So I didn’t think they would have some particular jobs in mind for me. However, if they would have been here, I guess they would have been surprised to know how much time and efforts I’ve invested in social media. It’s a pity they are no longer here to see how far I have changed from a shy kid into someone with more self- esteem.

How did you build your community? Or what was your path until today?
Ika Hardy: During my blogging time since 2007 (even before Instagram was launched), I have met some of Indonesians through blogging. Although many of them
are no longer blogging now, somehow we’ve met again in other social media including Instagram. Apart from getting to know fashion and beauty enthusiasts, through Instagram I’ve met virtually Indonesian friends, who are very interested about Switzerland. They often asked me via DM about life in Switzerland in general, which I often responded via DM or Instagram stories. I also made Q&A session for more complex questions. Building community isn’t always easy, especially while having 9 to 5 job, but I love to do what I’m doing.

What do you love about social media?
Ika Hardy: Social media is one of my tools to keep in touch with my family and friends. I find that I’ve become more organized and creative thanks to social media. Although there are downsides especially dealing with fake news, social media could raise the awareness within one night; this is a helpful tool during crisis such as national catastrophe or raising the sensitive issues. One thing that we do not notice so often is that job offers have been distributed very quickly through social media.

Who takes your pictures?
Ika Hardy: My pictures with sceneries were mostly captured by my friends, photographers (also through collaborations) and my family. I took most of my own close-up pictures and flatlays with tripod or simply with a mobile phone.

Can you tell about an extraordinary experience with your activity? Or which story do you like to tell again and again?
Ika Hardy: Getting to know people virtually, building and forming interaction into friendship in real life is something that I always appreciate. I’ve met many friends with various backgrounds through blogging and Instagram; they have read my stories, some got inspired even to study abroad and visited me here in Switzerland. It made me so happy to hear their stories too or even to finally meet them in person. I’m glad that social media has given me another level kind of friendship. We are living in the era where people keep saying that the sky is the limit and words such as fast, express, instant, are magic words. As much as I love to share and tell about my passion for fashion and beauty and be a part of those magic words, the story about my family is always something that I could tell over and over again. Family is the core element that would shape us to be the person who we are now.

What makes you happy?
Ika Hardy: It sounded very cliché, but small things would bring joy to my life, such as writing my journal at night, watching stand-up comedy, spending time alone at coffee shop while sipping my cappuccino, eating delicious Indonesian food or spending time
with family. For many people happiness is about reaching big goals, but I do believe that happiness consists of small happiness. To appreciate every happy moment, regardless how small, is also a part of happiness.

What are you particularly proud of?
Ika Hardy: My parents. I feel so blessed and honored to have such loving parents. They have done a tremendous job in raising me and my siblings through years of discipline, hard work and good education. I’m doing my best to deliver good values to my child.

What’s bugging you?
Ika Hardy: Things that would disturb the happiness of children could drag me into sadness.

What was your craziest dream?
Ika Hardy: Since I was a kid, I had a dream to be a detective. Perhaps it was one of my first ‘craziest‘ dreams. Reading children detective books and Sherlock Holmes novels were the trigger. I still find detective is such a cool profession even until now. e I’m glad that some of my (craziest) dreams came true such as got the education and having a job here in Switzerland.

What can somebody do to impress you?
Ika Hardy: I would be impressed by a person with positivity. Because positivity comes from inside and it will projected physically and mentally.

What wouldn’t you do even for a lot of money?
Ika Hardy: I wouldn’t do things that would affect the happiness of my family.

Which 3 books have influenced you the most?
Ika Hardy: Honestly, I don’t read as much as I did and I’m not into some motivational books, I guess, I believe in self-healing and self-motivating. During my teenage years, I have read Sherlock Holmes novels and impressed with his decision-making method. As a teenager, I have read a lot of comic books and mangas, because I love to draw. One of my favorite mangas is “Kanata Kara (From Far Away)” created by Kyoko Hikawa. I enjoy crime novels, especially Japanese crime novel. I have an emotional connection with Japan and I’d like to know more and more about Japan. One of the books that still gives me thrills is “Out” by Natsuo Kirino. It reveals so many shocking, jaw-dropping layers, aspects and other sides of Japan.

What are your next goals?
Ika Hardy: To gain more skills, both in corporate career as well as social media, including building up my Youtube channel. 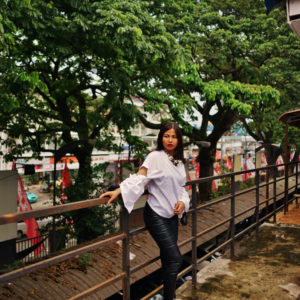 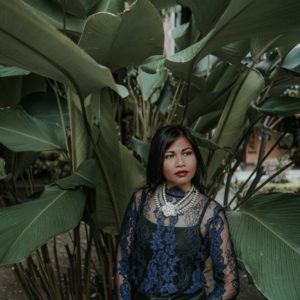 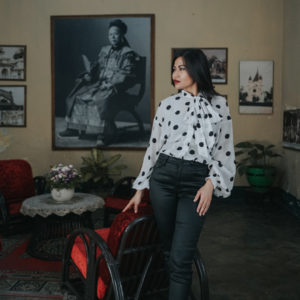 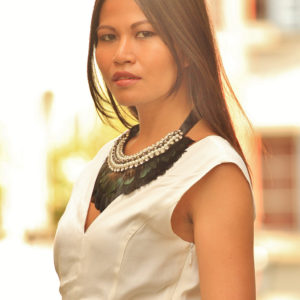 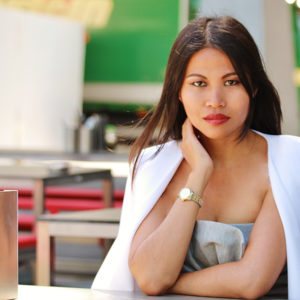 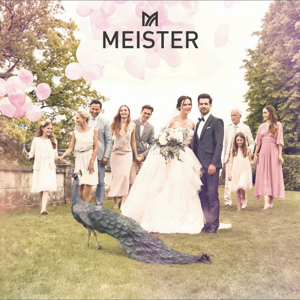 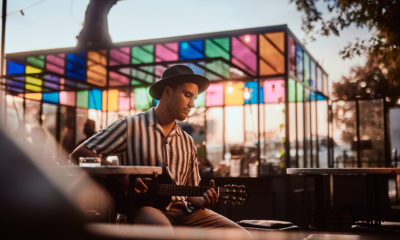 Nick Mellow: Once more, with feeling! 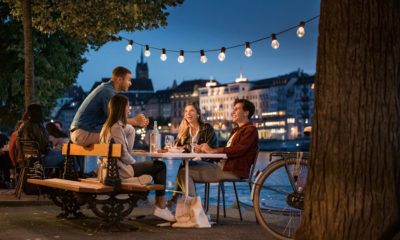